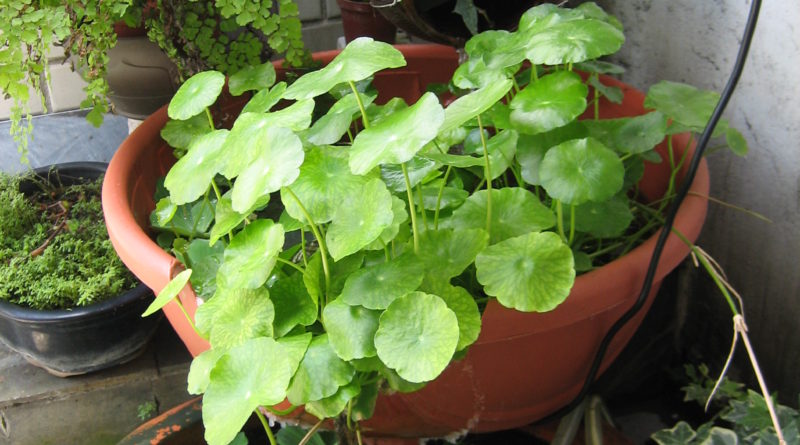 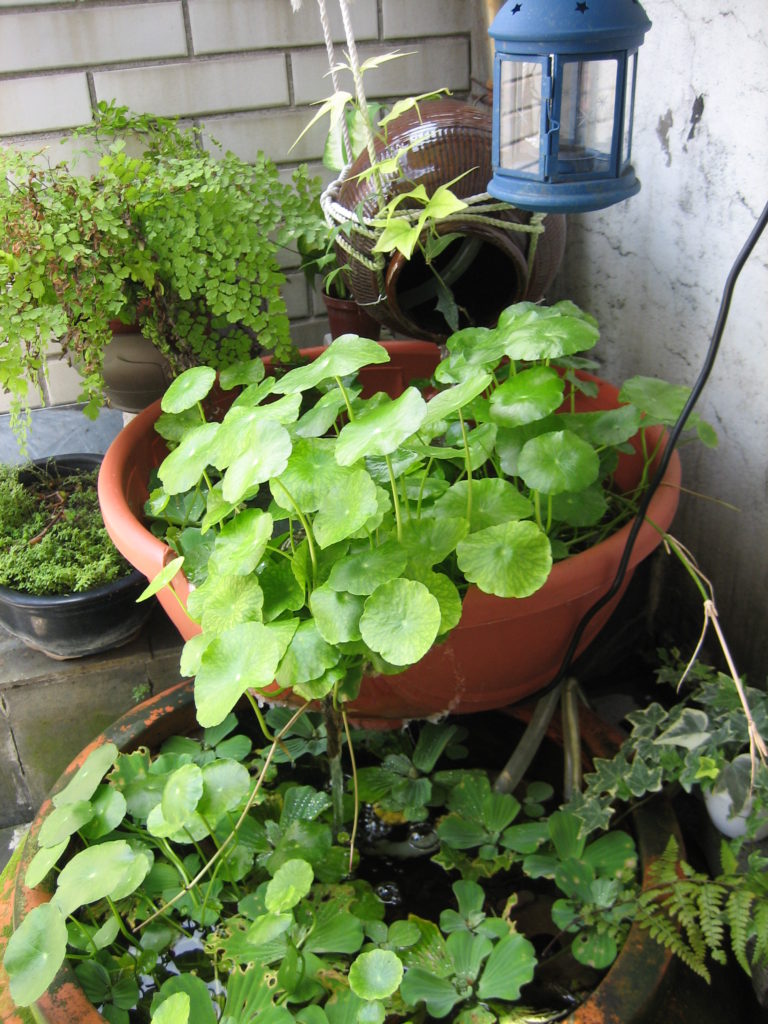 I started a water garden a few months ago. It started out with some potting containers, just a few water plants and a bunch of cheap goldfish I bought at a fish store.

The water garden consists of a small vase which has water running into a plastic planting pot which then pours the water into an old large clay planting urn. The water is then pumped from the bottom vessel back up to the vase with a fishtank water pump. The urn came from my next door neighbor and the vase was thrown away by someone. I picked up the plastic planting pot for about US$10 at a weekend flower shop.

I built a simple water filter out of a plastic orange juice container. I cut the container in half and used a hot nail to punched a bunch of holes in the bottom of the container where the water can go and two big holes where the outgoing water hose and power cord could come out. I stuffed part of an old bath scrunch into the container to act as a filter, placed in a water pump inside and put the two halves of the container back together.

A plastic tube connects to the water pump outlet which sticks out of the filter I made with the other end running up to the vase which has a hole chiseled into the base. The vase is suspended above the potting container with some rope.

I had bought about 15 cheap gold fish, most of which subsequently died. Did some research on the Internet and found out that the one thing that stresses (and subsequently kills) fish the most is an insufficient amount of oxygen in the water. The pump I had installed had a sufficient flow rate to keep plenty of water circulating and cascading through the containers I had arranged and I figured that it would be enough to keep the water adequately oxygenated. Turns out the tube I used was too narrow and the water didn’t’ flow freely. Installing a larger diameter tube kicked up the water flow by four times and no fish has since died. There are only five fishies left now but they all seem pretty happy swimming around.

The two potting containers were stocked with three types of water plants, one of which just went wild and now dominates both pots. The leaves of this particular plant grew unusally large and it was puzzling at first. Were there too many nutrients being dumped into water from the fish waste or fish food? Turns out the halogen light I put up to illuminate the water garden at night was giving the plants an extra six hours of intense light which apparently made that one species grow like crazy. The plants totally took over the mid-level container but the root system there makes for a very nice natural water filter system.

After coming home from a tiring day at work, it’s very relaxing to sit and watch and listen to this miniature ecosystem. The fish swim around merrily, water trickles down over hanging roots, singing like a little brook running through some woods. Snails and brightly colored caterpillars graze on the moss covered ceramic urn while ants run about, foraging for food. A little world in and of itself, all contained in a corner of my balcony.

Update: I’ve put up a video of the water garden here .